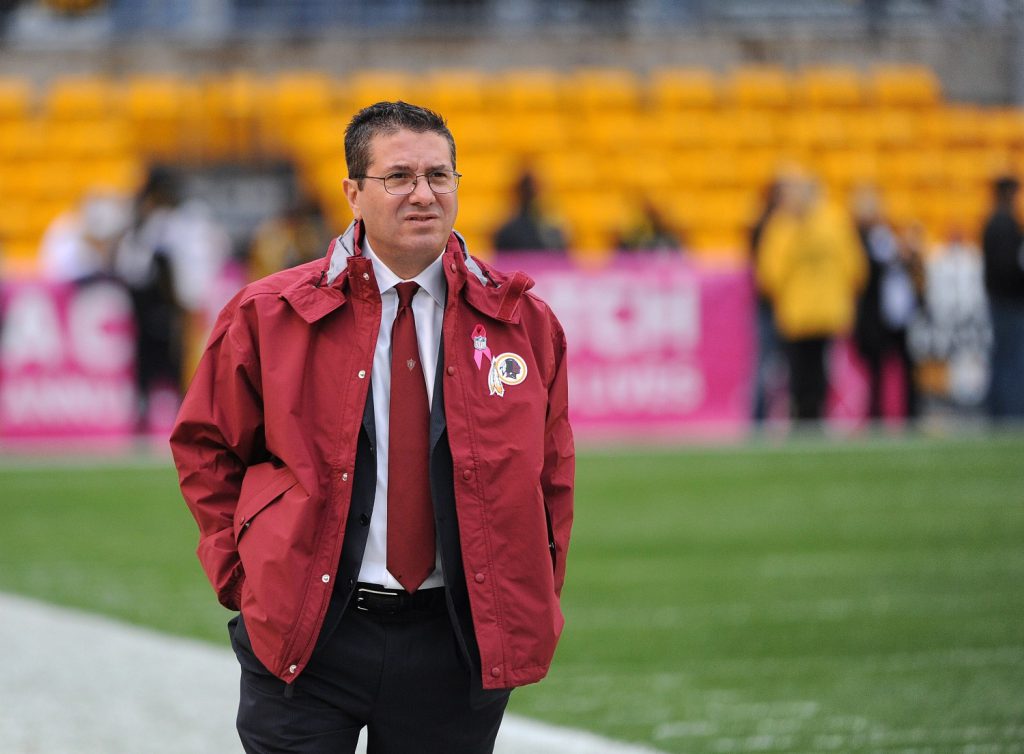 1. A long, anticipated name change is coming in Washington

Washington team owner Dan Snyder has faced pressure for decades from the media and Native Americans to change the name of his team. He has held strong & firm on keeping his team’s name.

“We’ll never change the name. It’s that simple. NEVER—you can use all caps.” Snyder told USA Today in 2013.

But as we all know, especially in the times we’re living it today, money talks.

Investors for the team that own a combine $620 billion, yes BILLION, asked partner companies like FedEx and Nike to terminate their relationship with Washington unless they changed their name. It lead to FedEx, which owns Washington stadium naming rights (FedEx Field), asking the football team to change the name and Nike to pulling Washington NFL apparel from their website.

The Redskins media account released a statement promising a “thorough review” of the team name. You don’t announce a review of your team name and don’t change it. Snyder has had an emotional attachment to the name since his childhood Of course Dan Snyder had a change of heart when his stubbornness was about to affect his pockets.

I understand that Washington’s name is a big part of NFL history and I know they have to change logos and maybe the color schemes, but changing the name is the right thing to do. The name is offensive to Native Americans and they have been fighting for this since 1972. It’s a reason you don’t see a team the Blackskins or Whiteskins in sports.

Dan Snyder grew up loving and having an emotional attachment to the NFL team in our nation’s capital. But at the end of the day, integrity is more valuable and what we need more of in this present day. By the way, it’s just a team name.

2. The Richest Contract in Sports History

Yeah you read that right. The richest contract in professional sports ever belongs to a NFL player.

Mahomes has officially signed a 10 year contract up to $503 million, and he deserves every single bit of it.

Following his Super Bowl in February, I wrote an article stating Mahomes has had the best start we’ve ever seen to an NFL career. It’s well deserving.

He’s only 24, he’ll be 37 when his extension is up. It’s only the beginning for the NFL’s premiere player.

‘He’s the hardest guy to deal with’ … “I think when you’re talking about mobile quarterbacks, guys that are tough to handle, tackle, can throw, run, make good decision – I mean, I would put Newton at the top of the list.” Belichick stated in 2017.

Come on now, did you really think Belichick and the Patriots were going to tank the season?

Nobody plays the value game better than the Patriots head coach/GM. While NFL organizations for example are paying $21M guaranteed to Nick Foles and signing Marcus Mariota the highest paid backup QB in the league, Bill & the Patriots waits and signs former #1 overall draft pick and former league MVP for only 550K guaranteed for 1 year. Max earnings for Cam Newton if he accomplishes all of his incentives is $7.5 million.

Expect the Patriots back in the playoffs in 2020 like they never left. Yeah, I said it. With the playoffs expanding to seven in each conference, the Patriots will sneak their way into the postseason. Bill Belichick out coaches his way to at least 6-7 wins a year. Adding a healthy Cam Newton adds another 2-3 wins (sorry Jarrett Stidham).

I can’t wait to see what McDaniels have in his arsenal with Cam Newton.

Also, one of the best photoshops I’ve ever seen comes to reality.

This is the greatest Photoshop I’ve ever seen. pic.twitter.com/zBYpiVYjXW

The NFL late last week announced they are shorten the preseason from 4 games to 2. Also, the NFLPA voted to recommend cancelling all 2020 NFL preseason games.

On Thursday night’s NFLPA call, the union’s board of reps voted unanimously to recommend that the NFL play no preseason games this year. It’s unclear whether the league, which has already decided to cut the preseason from four games to two, will consider the recommendation.

We all know most of the NFL don’t care much for the NFL preseason. They are mainly for the NFL players on the borderline of making the roster with the starters most likely playing only one half of the whole preseason (the unofficial dress rehearsal 3rd preseason game).

This is a good decision. Many NFL & former NFL coaches/executives have said many of times they have a good feeling who will make the rosters during training camp practices. So why create meaningless contact in meaningless games during a time where social distancing is a huge factor due to the COVID-19 pandemic?

But the NFL has not yet released its plan for the 2020 NFL season, and time is ticking.