Today is Nipsey Hussle’s Birthday, and he would have been 34 years old. Earlier today, TMZ released an article warning locals in Los Angeles, who were planning on trying to pay their respects to the late rapper at his Marathon store.  Nipsey’s Clothing Store is the location where the Hip Hop Icon was gunned down back in March. His store would have been the apparent gathering location to leave flowers and candles for Nipsey’s fans to pay their respects. Unfortunately, the City of Los Angeles is fully aware of that, and with barbed wire and fence surrounding the property, they are trying to discourage fans from gathering there.

Per TMZ, LAPD was on high alert for a possible birthday celebration on Thursday. They planned to have nearly 100 officers to be stationed at the corner of Slauson and Crenshaw intersection where the store is located.

In honor of Nipsey’s Birthday, his wife Lauren London wrote an open letter to her late husband.

“Long Live My other half / My beloved King,” said the post, accompanied by a photo of Hussle, a photo of London by a memorial for the rapper, and a photo of the pair, showing London glancing adoringly at Hussle.

“Ermias / Nip Hussle The Great! / I miss you / I love you,” London wrote, using Hussle’s given first name.

Back in April, James Harden, who was a friend of Nipsey’s, spoke about his friend during a post-game interview session.

“He was powerful. Not just to a certain dynamic or a certain city but to the world… It’s been sad. Not only myself but a lot of people around this world were affected by it. It doesn’t seem real.”

“He was powerful,” Harden said of the Los Angeles rapper, who died at 33. “Not just to a certain dynamic or a certain city, but just to the world. He was a leader. He was so many things. His life got taken away off nonsense, off BS. It’s been sad, man. Not only (to) myself, but a lot of people around this world were affected by it. It doesn’t seem real.”

Sixers Ben Simmons also shared his thoughts prior the his game against the Dallas Mavericks.

“I have met him a few times and every time I’ve met him he has been a great guy. So, that is really sad to see Super sad. Sending prayers to his friends, family, and I only have nice things to say about him,” Simmons told me. 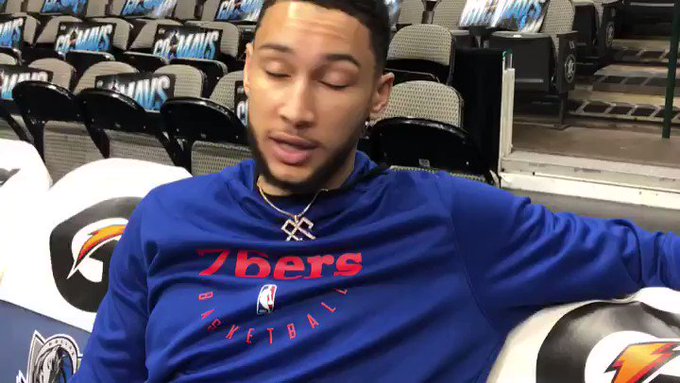