Last summer, WNBA Rookie of the Year A’Ja Wilson made headlines after details of LeBron James contract were revealed. James signed a four-deal worth $154 Million and the announcement prompted Wilson to Tweet out “154M ……….. must. be. nice. We over here looking for a M 🙃 but Lord, let me get back in my lane,” said Wilson.

Wilson’s Aces teammate point guard Kelsey Plum would follow her tweet ten days later with one of her own. Plum stated that they are not looking to be compensated in the same guideline as their male counterparts in the NBA. However, they are looking to increase their claim in the revenue share to 50 percent. In their former CBA deal that they opted out of year paid them around 20 percent per Plum. The Tweet was later deleted.

“We have been talking about this for the past ten years, and it is the same adage. She would continue by stating that it is going to take drastic measures to get anything done. You can talk about it, and you can post it on Instagram we had an opportunity four years ago to take a stand as players. Instead, we took a bad CBA deal and anytime where you want something to make a difference you have to be willing to risk it all. At that time we weren’t, and we took a bad deal, and now we are in the same position we were 12 years ago. Not making a lot of money and not many improvements as a league we eventually have to take a stand as players.”

After the July 12th game, I spoke with Taurasi’s teammate Brittney Griner on behalf of The Hype Magazine. I would present the same question about equal pay in the WNBA.

“We should get paid more I don’t know where it is supposed to come from that is not my job. That is somebody else’s job, but we should definitely get paid more there is no reason why should have to go overseas to make a living… All we hear is that it is going to get better and we are working on it… So, what is happening?  Because we do not see it in our paychecks,” said Griner. I would follow up that question with asking did they plan on teaming up with Hope Solo, because she is having similar issues with the Team USA Soccer Federation to try to figure it out across the board?

I mean at this point; maybe we should go on strike and not play and see if anybody cares at this point I would be willing to do it. At this point, it is not getting any better talking about it. It is going to come down to at the end of my career why the hell am I still playing in the WNBA. Like I am playing for what?  To hurt myself, so I can not go overseas? And honestly, if I weren’t with the Phoenix Mercury, I would not be playing right now in the WNBA for What? Why? You do your job to make money to support you. This is not doing anything overseas is. So, I am not going to put that off forever!”

In August of last year, Dallas Wings point guard Skylar Diggins- Smith made headlines of her own when she called out the pay gap between the WNBA and NBA according to Yahoo Sports, Smith compared herself to She former Dallas Mavericks forward Harrison Barnes, who was the highest player on Mavericks, who made $24 million during the 2017-2018 season.

“I’m the highest paid player on the Dallas Wings, and my salary is in the low six figures,” Diggins wrote in Wealthsimple. “[Harrison Barnes is] definitely younger than me. Do you know his stats? Was he an All-Star? I mean, it doesn’t matter. But last year, I was First Team All-WNBA, which only goes to five players. I was also a WNBA All-Star for the third time.”

She would then take aim at Mavericks Owner Mark Cuban as well for not attending any Wings games. Since the team relocated from Tulsa.

“We’ve had Cowboys and Mavericks show up at the game and support us,” Diggins-Smith wrote in Wealthsimple. “I haven’t seen Mark Cuban at a game. And I’m sure I wouldn’t miss him.”

Following her comments on Twitter, Cuban would invite Smith to the Maverick to discuss thing further, according to the Dallas Morning News.

Cuban and Smith’s 90-minute meeting was not made public, but the Mavericks owner did share details with the Dallas Morning News prior to the 2018-2019 season opener last November. Cuban was asked if he had any advice for the WNBA, which just saw the reigning regular season and Finals MVP Breanna Stewart suffered a ruptured right Achilles tendon in the Euroleague.

“I met with Skylar Diggins and this is exactly what I told her,” Cuban told the Dallas Morning News, “I said, ‘You’ve got to go out there and create new properties. You’re not going to all of a sudden double WNBA interest so that you can get a huge TV contract to save the day. But what you can do, because the WNBA is so much bigger, dramatically bigger, outside the U.S. than it is in the U.S., there’s players that won’t play here because they make more money overseas.

“The opportunity is the same one as with the men’s game, and that is to create your own World Cup and back out of the FIBA one and make that a source of revenue so, the [women’s] players can earn more money.”

Cuban would later approve of Diggins-Smith’s tactics, via Twitter “sometimes you have to get loud to go forward.”

“The difference is the total amount of revenue. It’s not a gender issue. It’s a revenue issue,” Cuban told the Dallas Morning News. “If it so happened that the women had greater revenue than the men, the women would make more money.

“The challenge is when they talk about the percentages it kind of avoids the business 101 topic, which is there’s a certain hurdle of fixed cost that you have to overcome. … If your business makes X-amount in sales but your costs are up here, you’re going to have to pay lower commissions. It’s just like we paid a lower percentage to the men until the revenues went up. And when our revenues went up we were able to pay a higher percentage.”

Pay is not the only thing that WNBA players have an issue with another complaint is travel. Last season, the Las Vegas Aces were supposed to play the Washington Mystics, but the game was canceled due to being stranded at the airport for 24 hours.  The Aces arrived at Las Vegas’ McCarran International Airport at 11 am for their 1 PM commercial flight on Thursday, August 2, 2018. This seems like a perfect amount of time to fly into Washington DC before they had to face the Mystics the next day at 7 PM.  After dealing with numerous flight delays, Aces players began to voice their frustrations via Twitter. 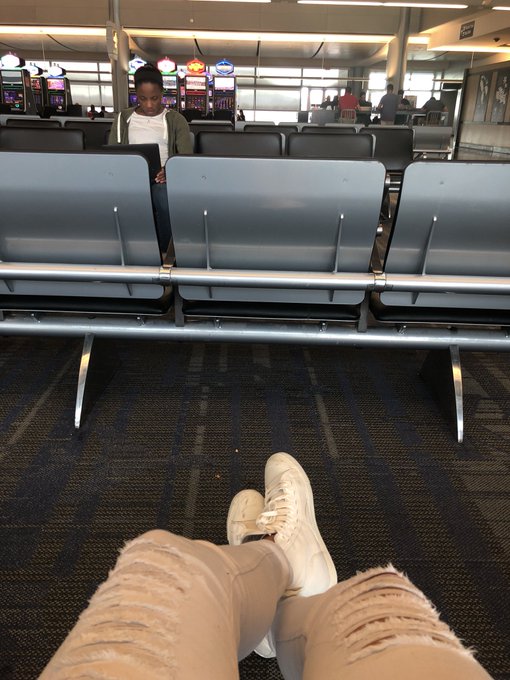 Going on hour 7 in the airport. Hoping we can get this resolved. Not trying to travel all night with a stop and have to play a big game tomorrow #SOS #CompetitiveDisadvantage #LAPhotobomb

Then you want us to land at 1pm and play at 7pm ….uhhhh that’s not healthy

32 people are talking about this

The team would end up boarding four separate planes between 12:30 p.m. and 1:30 a.m. in route to Dallas, as reported by the Las Vegas Review-Journal. After arriving in Dallas, the Aces had another two and a half delay before boarding their flight to Washington DC. 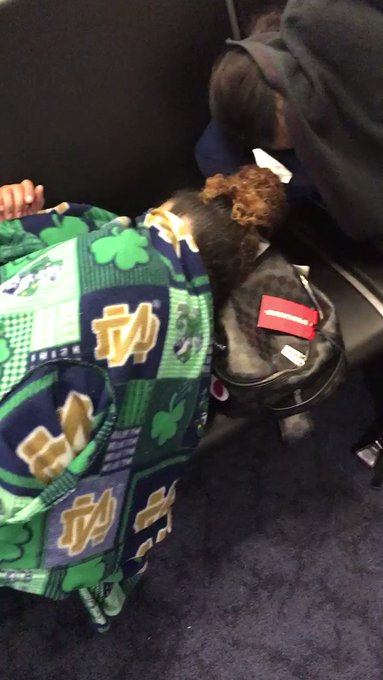 The was able to catch a couple of hours of sleep in Dallas before they departed. At this point, it was less than 12 hours before tipoff.

Update. Still in Dallas and they just delayed us again. I can’t.

28 people are talking about this

No shoot around. No night of sleep. No beds. No food. Right now we will land in DC at 245pm that has us going straight to the gym bc of traffic and bags…and you want us to play? Oh ok.

219 people are talking about this

that how often I’ve received these messages

19 people are talking about this

The Aces would finally arrive in Washington DC after their traveling nightmare. The WNBA originally wanted to move the start time back, but ultimately decided to cancel the game.

Before last years All-Star Break, Dallas Wings All-Star Skylar Diggins-Smith talked about the league not taking care of the players and they fly commercial to all away games. All the traveling throughout the season, but every team has to endure the same schedule.

Last July, during a phone conference interview with Big 3 Executives, I asked them to share their thoughts on the pay concerns in the WNBA and how this issue could possibly be resolved?

“One thing that Cube and Jeff did in structuring our league was to make it clear from the outset in the manner we are structured with all of our communication. We work with our players and we work with our coaches they are a part of building this league with us. We are not looking to build it on their backs without regard to their contributions and input. And all the business issues to which you just referred to with respect to whether its WNBA issues, NFL issues, or any issues. I’m not going to comment on how the WNBA can approach this or how these problems can be addressed, but I will comment strongly that one of the things that thrilled me about the opportunity to join Jeff Jeff Kwatinetz and Ice Cube was the dramatically different approach that these men took to build a league with players, and not on the backs of the players.” Said Big 3 Chairman of the Board, Amy Trask.

Big 3 (@Thebig3) Chairman of the Board, @AmyTrask Says The Players Are The Game & That Distinguishes Us From Other Leagues via @landonbuford https://landonbuford.com/big-3-chairman-of-the-board-amy-trask-says-the-players-are-the-game-that-distinguishes-us-from-other-leagues/ … 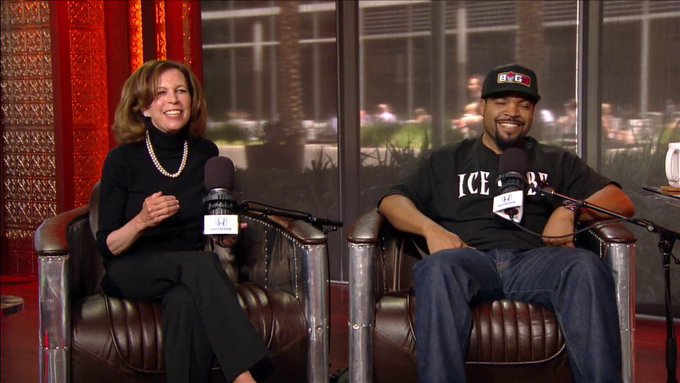 Trask would continue, “look I have spent almost 30 years working for Al Davis, who told me from day one of my career working in the NFL, kid the players are the game, and he was right! The players are the game, it is far easier to go out and find a lawyer or a front office executive than a player. Jeff and Cube recognized from the beginning that we needed to build this league with our players, and that is what distinguishes us from those issues that other leagues are currently having to deal with.”

Recently, I followed up with Mavericks owner Mark Cuban about the possibility of seeing him at a Wings’ game this season.

“ I told Skylar and others within the Wings organization that I am happy to help in any way I can,“ said Cuban.

The WNBA just agreed on a multi-year deal with CBS Sports and coverage will start this season. So, everything helps towards the ultimate goal for professional women’s basketball to keep its players here in the states all year round.